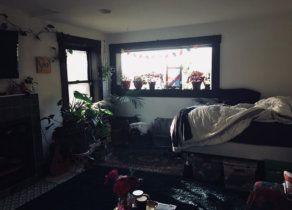 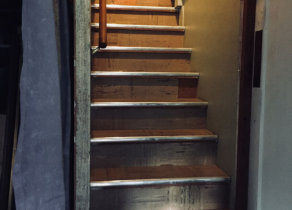 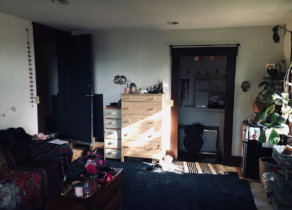 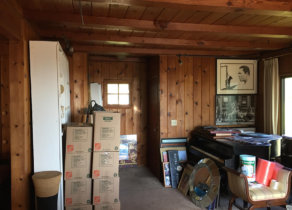 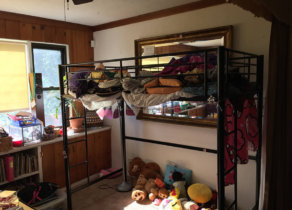 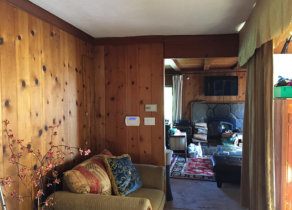 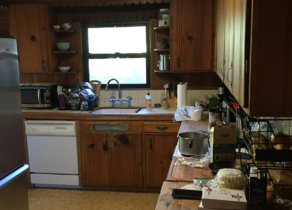 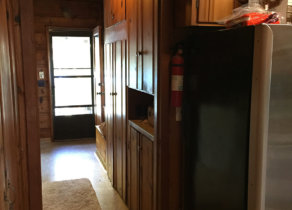 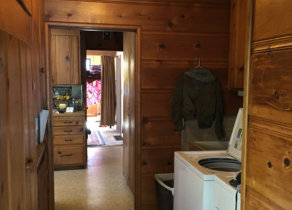 An extensive remodel has completely transformed the interior and has given new life to the exterior of this house on a large, sloping lot. The stair has been moved to the perimeter of the house and the interior walls of the living areas have been completely opened up to create a great room that lets natural light spill in from all sides of formerly dark and crowded rooms. The kitchen has been totally renovated, including a new vaulted ceiling, the front entrance has been given more prominence, former views directly into bathrooms have been blocked, and existing bedrooms have been rearranged to create more usable space. In addition, a master suite with generous walk-in closets and an outdoor sitting area have been created downstairs and a former shed has been converted into a cabana. Finally, the house exterior has been painted and the landscape rejuvenated.